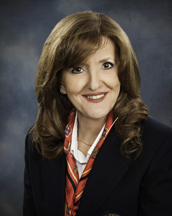 Anna Gagnon joined St. John’s Northwestern Military Academy in October 2018. She was born and raised in Naples, Italy, where she obtained a degree in secretary of general office and administration. She was a U.S. Navy wife for 20 years. During this time, she acted as an Ombudsmen coordinator as a liaison between families of active duty men and women and the base commanding officer. She volunteered to aid in the mentor and development program of military families’ dependent children at NAS Sigonella in Sicily, Italy. She also volunteered for the American Red Cross raising funds for areas in need. In 2002, she moved to the United States and was employed for several years in the communications department at Froedert South in Kenosha, Wisconsin, and Vista Health System in Waukegan, Illinois. She has developed extensive customer service skills in the military, travel and healthcare sectors.