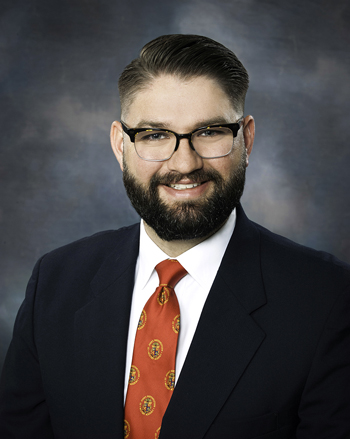 Ben Peterson has an academic background in the humanities and the library science fields. His undergraduate studies, specifically in regards to their emphasis on research, encouraged him to pursue his graduate work in library sciences. Throughout his graduate studies, and for some time following, he worked as an archivist for the Black Metropolis Research Consortium. His focus there was on the processing, accessibility and organization of historical collections from the Black Diaspora of the Chicago area. Prior to joining SJNMA in the fall of 2019, he spent five years working in healthcare talent acquisition in Chicago. He began his work in this area as a corporate researcher and eventually moved into a role as a recruiter. He began his study of bagpipes at the age of nine. Since that time, he has advanced his skills as both a solo competitor and performer as well as having a great focus on competitive band performance. He has been competitive since the age of 11, and has been actively involved with solo instruction and band leadership since he was 15. Outside of his instructional role at SJNMA, he also provides solo instruction both in person and virtually as well as teaches group and band workshops, and is currently the Pipe Major of the Greater Midwest Pipe Band based out of Battle Creek, Michigan.