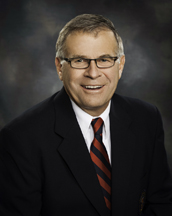 Ed Scharf joined the faculty of SJNMA in fall 2013. He teaches chemistry and honors chemistry. During the 2014-2015 academic year, he began teaching IED engineering, also known as Project Lead the Way. He received his Bachelor of Science degree from the United States Military Academy at West Point in 1973. After having spent five years in the Infantry Branch of the United States Army, he spent 33 years on his family dairy farm before getting his teaching certification through Marian University in Fond du Lac, Wisconsin. He spent two years teaching chemistry at a private Catholic high school in Fond du Lac before joining SJNMA.