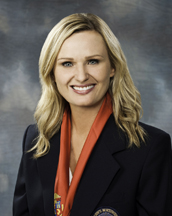 Marla Collins graduated in 2010 from Lee University in Tennessee with a degree in special education mild/moderate disabilities K-12 and minor in Bible. She played basketball all four years of college and earned a full-tuition basketball scholarship. She began her teaching career in Nashville, Tennessee, at Cheatham County High School, and taught there from 2010-2014. She moved to Wisconsin and continued her teaching career in the School District of New Berlin at Eisenhower Middle/High School from 2014-2017. She joined SJNMA in June 2017.