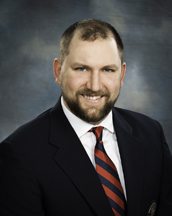 Timothy Schneider grew up in Oak Creek, Wisconsin, and graduated from Oak Creek High School in 2007. He joined the U.S. Army in 2009 serving as an infantryman with the 101st Airborne Division. During his time with the 101st, he was deployed to Afghanistan’s Kandahar Province from 2010-2011. He was honorably discharged from the U.S. Army in 2012. He received numerous awards during this time, including two Army Commendation medals, Army Good Conduct Medal, National Defense Service medal, Combat Infantryman Badge, and Air Assault badge. Upon leaving the Army, he attended the University of Wisconsin-Milwaukee, graduating Cum Laude with a bachelor’s degree in philosophy and economics. He is currently pursuing a master’s degree in project management at the University of Wisconsin-Platteville.